Born and raised in the Dirty South, the Carolina native Royale Diamond is an ever-evolving artist with a foundation based on making good quality frequencies to entertain and also educate fans.

Royale began writing poems around the age of 10. Soon after his mother would create a group with him and his older sister where they would record one demo tape. After his sister made the intellectual decision to focus on her studies as a college freshman in VA, around the age of 13 Royale started off on his solo career as an emerging artist/songwriter/producer.

During the many years and different stages of perfecting his craft, Royale came to the realization that great music is great music no matter what it sounds like. Royale is constantly on a mission to prove that an artist can be versatile and create multiple vibes for their listeners to vibe out to.

Unlike many artist pushed mainstream instead of remaining singular sounding Royale has developed a sturdy "think outside of the box mentality" when creating his art. It's safe to assume that Royale is and will grow even more to be a breath of fresh air to music lovers all across the world! 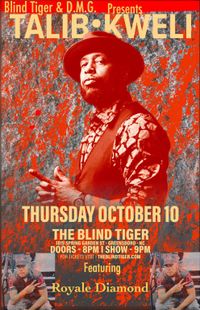